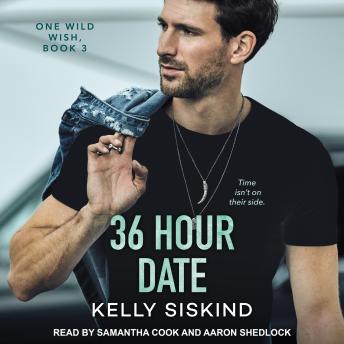 Thirty-six hours is a short spell when racing the clock.

August Cruz is the only man I've ever loved.

He's the one who got away.

He's the one I totally screwed over.

Now he's standing on my doorstep, nine years later, but he's not the only thing that turns up. My mother's lost diary is in my hands, and it might lead me to my father. A possibility I wished for one year ago, at my last birthday.

I have thirty-six hours to fulfill that wish.

I have thirty-six hours to drag August on a wild scavenger hunt.

I have thirty-six hours to protect my heart before I lose him again . . . because there's something he's not telling me.