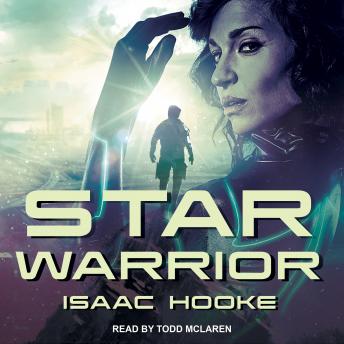 In a galaxy where the fabric of reality can be bent and shaped by a privileged few, and almost any skill desired is a mere injection away, one young man is thrust into the fight of his life.

Tane, a hydroponics farmer with some mad cereal crop gene-splicing skills, decides to get chipped. The operation gives him full control over his autonomic nervous and endocrine systems, plus the ability to install custom memories.

All seems well until a couple of days later aliens come knocking at his door. And they aren't the friendly type.

Soon Tane finds himself on a frenzied flight across the galaxy with a woman who can warp the very fabric of spacetime, her bodyguard-who'd just as soon kill Tane than protect him-and a starship that calls him snarky pet names. He's on the run not simply from the aliens but the whole damn human space navy.

He only wished he knew why. Unfortunately for Tane, the answer might just destroy him. Not to mention the entire known universe.