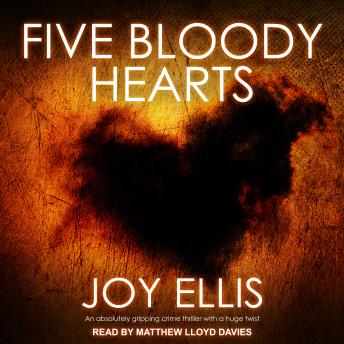 Grace Repton, a beautiful older woman, walks into the police station to tell Detective Matt Ballard she has information that could stop a murder. Her fiance, the infamous serial killer Jeremy Reader, has told her that he has a disciple who is going to kill using Reader's horrific methods.

Reader murdered five women and was finally brought to justice by Detective Ballard. Reader is safely imprisoned in a high security prison, and claiming to be a reformed man who wants to help the police.

But can Matt believe the serial killer or his peculiar wife to be? Can the love of a good woman really change a serial killer?

And the Fenland police also have another investigation on their hands. A Lithuanian migrant worker is found dead on the fens. There is no ID on him, but he has a Tree of Life tattoo. This is the third body to be found with this distinctive tattoo. Is this gang war or something even more sinister?

The police are stretched to the breaking point with multiple copycat murders. And Matt and his girlfriend Liz will fight for everything they care about in a heart-stopping conclusion that will have you on the edge of your seat.