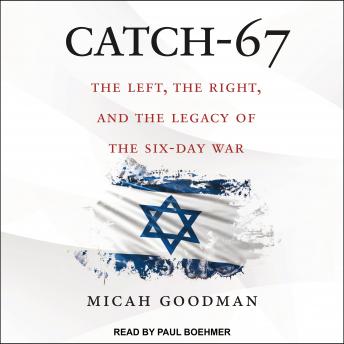 A controversial examination of the internal Israeli debate over the Israeli-Palestinian conflict from a best-selling Israeli author.

Since the Six-Day War, Israelis have been entrenched in a national debate over whether to keep the land they conquered or to return some, if not all, of the territories to Palestinians. In a balanced and insightful analysis, Micah Goodman deftly sheds light on the ideas that have shaped Israelis' thinking on both sides of the debate, and among secular and religious Jews about the Israeli-Palestinian conflict.

Contrary to opinions that dominate the discussion, he shows that the paradox of Israeli political discourse is that both sides are right in what they affirm-and wrong in what they deny. Although he concludes that the conflict cannot be solved, Goodman is far from a pessimist and explores how instead it can be reduced in scope and danger through limited, practical steps. Through philosophical critique and political analysis, Goodman builds a creative, compelling case for pragmatism in a dispute where a comprehensive solution seems impossible.