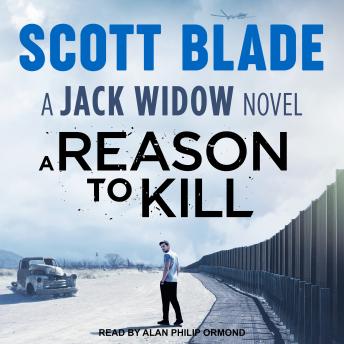 A Reason to Kill: A Jack Widow Novel

Jack Widow hunts for an abducted child in the third novel in the Jack Widow series.

Drifting along a sweltering Texas landscape, former undercover NCIS agent turned drifter, Jack Widow waits at a dusty bus depot, when he meets Claire Hood, a grandmother, apparently in distress. It turns out; Claire is on a solo mission to rescue her abducted granddaughter.

If that wasn't hard enough, the next thing that happens is unimaginable. Claire drops dead-natural causes. Right there.

Widow isn't the kind of guy to let wrongs go. He picks up her bus ticket and takes her place on a simple quest that brings him head to head with a group of deadly enemies who will kill to keep their deadly conspiracy secret. All while giving Jack Widow a reason to kill.