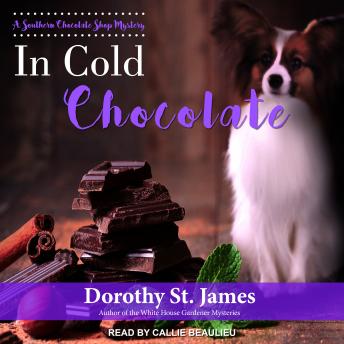 The vintage seaside town of Camellia Beach, South Carolina seems like the perfect place for romance with its quiet beach and its decadent chocolate shop that serves the world's richest dark chocolates. The Chocolate Box's owner, Charity Penn, falls even further under the island's moonlit spell as she joins Althea Bays and the rest of the turtle watch team to witness a new generation of baby sea turtles hatch and make their way into the wide ocean.

Before the babies arrive, gunshots ring out in the night. Cassidy Jones, the local Casanova, is found dead in the sand with his lover Jody Dalton-the same woman who has vowed to destroy the Chocolate Box-holding the gun. It's an obvious crime of passion, or so everyone believes. But when Jody's young son pleads with Penn to bring his mother back to him, she can't say no. She dives headfirst into a chocolate swirl of truth and lies, and must pick through an assortment of likely (and sometimes unsavory) suspects before it's too late for Penn and for those she loves.