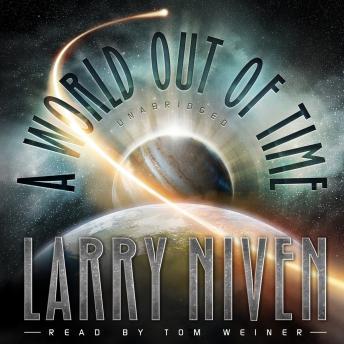 A World out of Time

After more than two hundred years as a corpsicle, Jaybee Corbell awoke in someone else's body and under threat of instant annihilation if he made a wrong move while they were training him for a one-way mission to the stars.

But Corbell bided his time and made his own move. Once he was outbound, where the society that ruled Earth could not reach him, he headed his starship toward the galactic core, where the unimaginable energies of the universe wrenched the fabric of time and space and promised final escape from his captors.

Then he returned to an Earth eons older than the one he'd left, a planet that had had three million years to develop perils he had never dreamed of—perils that became nightmares that he had to escape … somehow.

"This fantastic novel is a mix of Niven hard science and a time-travel concept to boggle the mind…Even after the last line the feeling remains of the story still rushing on into the magic distance of the universe."—A. E. van Vogt, winner of the SFWA Grand Master Award

A World out of Time