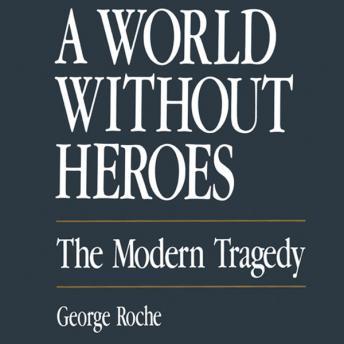 A World Without Heroes: The Modern Tragedy

An elegant essay in the tradition of Chesterton, Lewis, Merton, and Muggeridge, George Roche’s A World without Heroes rebukes secular humanism as the most dehumanizing force of our modern age. This ringing defense of Christianity—humorous, insightful, and uncompromising—takes careful aim at those ideas which have shriveled the will and faith of the West: Marxism, Dadaism, Aesthetism, Empiricism.
We live, says Roche, in a world without heroes, a world which rarely challenges evolution as the “origin” of all life, an era enervated by materialism, in which to be Christian means to be stereotyped as narrow-minded, unenlightened and, worst of all, “unscientific.” Roche denies this anti-heroic vision of humanity in a penetrating study which encompasses four centuries of cultural, intellectual, scientific, and Christian thought.

A World Without Heroes: The Modern Tragedy