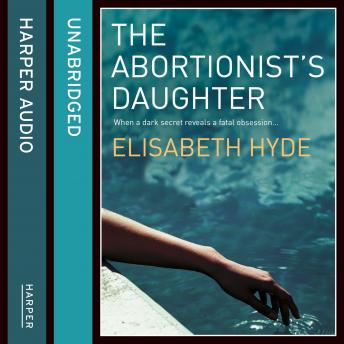 Set in a small town in Colorado, The Abortionist’s Daughter is an utterly compelling novel of family secrets, dark passion and, ultimately, catharsis for those whose lives have become so strangely entwined.


'The problem was Megan had just taken the second half of her ecstasy when her father called with the news.'


Nineteen-year old university student Megan Thompson is beautiful, cool, clever and sexy – the kind of girl boys fall in love with. She's mostly steered clear of family life since the death of her younger brother. That is until the day she hears her mother, Diana, has been found floating face down in their swimming pool.


Diana, as Director of the Center for Reproductive Choice, was a national figure who inspired passions and made enemies. Detective Huck Berlin is brought in to investigate the case when it becomes clear that Diana was murdered. Several people have quarrelled with Diana on that fateful day, not least Frank, her husband of twenty years, and her wayward child. Now father and daughter are thrown together in an unexpected twist of family life.