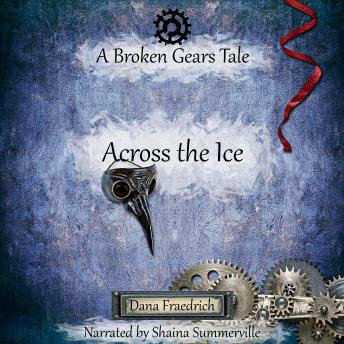 “I am more. I am the Reaper. I hold the keys to life and death.” The city of Springhaven simmers, ready to explode into fiery chaos just as the so-called Halls of Justice did not so long ago. As Lenore grieves, the Reaper's Collective murders yet another of her loved ones. Focused on revenge, she fails to see their tentacles curling around those who remain. Meanwhile, the city's most dangerous crime lords have agreed to a temporary truce in order to dismantle the Collective, but the collaboration could destroy everything Rook has built. As the magistrate council moves toward a vote that will leave half the city enraged, Lenore and her friends' lives hang in the balance. Oaths will be broken, and no one will escape this new web of danger.

Across the Ice is the thrilling conclusion to Lenore's storyline in the captivating Broken Gears YA steampunk fantasy series. For fans of Gail Carriger, Namoi Novik, and Garth Nix. If you like smart heroines, forgotten magic, and rich Victorian settings, then you'll love Dana Fraedrich's intriguing adventure.

Buy Across the Ice to experience the steam-powered adventure today!