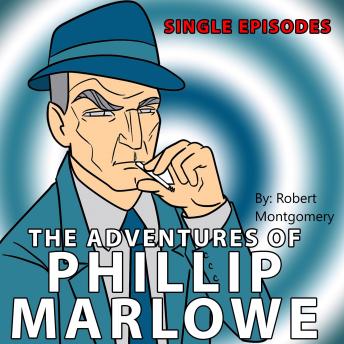 During the 1930's and 1940's, Raymond Chandler gave life to the detective Philip Marlowe, perhaps the most memorable character of the hardboiled crime fiction tradition. Marlowe took center stage in Chandler's influential novels, The Big Sleep and The Long Goodbye. And, before too long, he started appearing in adaptations for radio and cinema. Humphrey Bogart played Marlowe in 1946, and Elliot Gould tackled the character in 1973. Meanwhile, The Adventures of Philip Marlowe took to the radio airwaves in the summer of 1947.