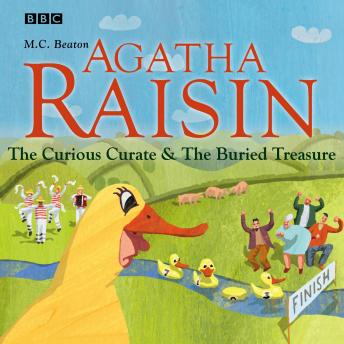 The Columbo of the Cotswolds is on the case again in these two BBC Radio dramas. In The Curious Curate, when the village curate is found murdered, retired PR guru Agatha Raisin vows to bring his killer to justice - particularly if the investigation also brings her closer to her handsome next-door neighbour, Colonel Lacey. And in The Buried Treasure, when Agatha embarks on a plan to give up smoking, little does she know that it will lead to a treasure hunt, humiliation and a rather nasty murder.