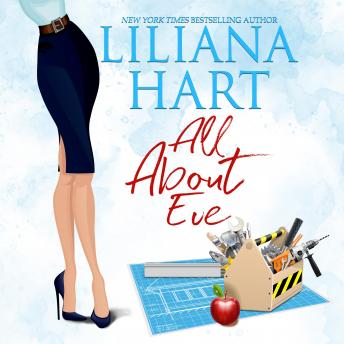 Dr. Eve Lovegood is an expert on relationships. Deemed the 'Love Doctor' on a national radio show, she gives daily advice to all those baffled by the opposite sex. But none of her listeners would ever guess that her own painful marriage has left her bitter and disillusioned towards the institution. After all, who would take advice from someone who doesn't believe in love?


Jake Murphy has tried for years to be a success on his own-without the aid of his trust fund and despite the constant disapproval from his parents. He's proud his construction company is something that shows his real worth. When he hears a voice that sounds like sin and sex on his answering machine, begging for help with her crumbling historical home, Jake pushes Eve Lovegood's project to the top of the pile just so he can meet the woman who belongs to that voice.


Jake knows it's love at first sight, and that's hard for him to admit considering he's done his best to never get caught in the marriage trap, but softening Eve's heart is a challenge he never expected. She wants nothing to do with the man who shows so many similarities to her dead husband-a man she came to hate in the end. But Jake takes his love to new levels and romances Eve on her nightly radio show, ultimately making her fall in love with him in front of millions.