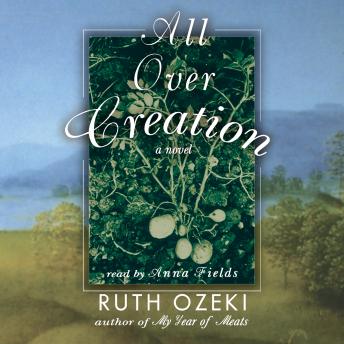 My Year of Meats, Ruth Ozeki's delicious debut novel, won a devoted following and was hailed by critics as inventing a new genre: the "eco-saga." Here, Ozeki takes us to the heart of the potato farming industry.
Yumi Fuller is a Japanese-American prodigal daughter returning home to the Idaho potato farm she ran away from twenty-five years earlier. Then a freewheeling hippie chick, Yumi (a.k.a. Yummy) is now a fairly responsible parent and a professor. But can she possibly be prepared to face her dying father, her Alzheimer's-devastated mother, her former lover, and Cass, the best friend she left behind?
As she grapples with her conflicted past and uncertain future, Yumi collides with a rollicking band of environmentalists who see her parents' potato farm as the ideal answer in their fight against genetic engineering.
With a quirky cast of characters and a keen eye for the vicissitudes of corporate life, political resistance, youth culture, aging baby boomers, and globalization, as well as the beauty of seeds, roots, and all growing things, All Over Creation offers something for just about everyone.