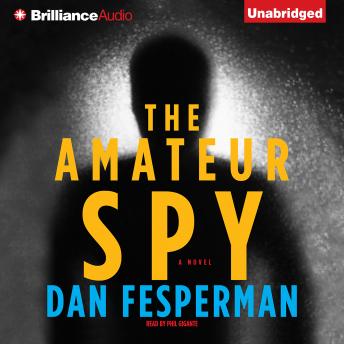 Burned out by years of humanitarian-aid work, Freeman and Mila Lockhart have retreated to an idyllic Greek island. But on the first night of their new life they are surprised by three intruders who seem to know everything about Freeman - including a haunting secret he has long kept from Mila. They use it to blackmail him into spying on an old Palestinian friend in Jordan. Overnight, Freeman is plunged into the maelstrom of the Middle East and is quickly in over his head. In suburban Washington, D.C., meanwhile, a prosperous Palestinian-American couple, Abbas and Aliyah Rahim, are still grieving for their daughter, accidentally killed while vacationing abroad. Abbas, a surgeon whose patients number among the nation's elite, blames her death on the bureaucratic machinations of overly suspicious officials. Aliyah fears he may be reeling toward fanaticism, and her efforts to avert this take her to Jordan. Like Freeman, she is soon overwhelmed by the region's dangerous passions and complexities. As their paths converge, Freeman and Aliyah - both desperately worried about the loved ones they left behind - must swiftly separate fact from illusion, enemy from friend. The consequences of failure could be catastrophic. . . .