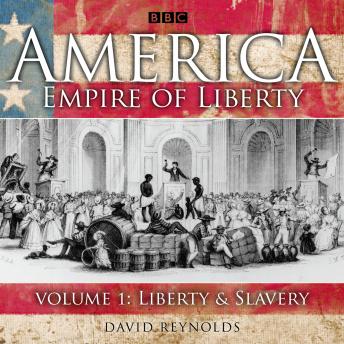 This epic narrative tells America’s story through the voices of those who lived it – Presidents and farmers, mothers and children, settlers and soldiers, slaves and Indians. The series celebrates the country’s achievements but also examines its paradoxes by investigating three abiding themes of American life: empire, liberty and faith. These first thirty episodes start with the Native Americans, who arrived from Asia around 15,000 years ago. In a fascinating journey that takes in the impact of Columbus, the founding of Puritan New England, the Declaration of Independence, the slave trade and the forced relocation of the Indians, Reynolds shows how the U.S. expanded to cover a whole continent, laying the foundations of a superpower – if the country could stay united. And that seemed a big ‘if’ in 1861 as the conflicts over liberty and slavery brought America to the brink of Civil War.