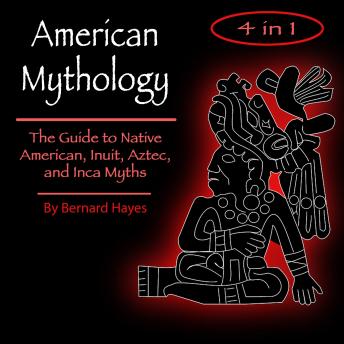 Stretching from the north to the south of the Western Hemisphere, the indigenous Americans have a long-forgotten history, and with that, myths, legends, and stories that have been passed on through generations. Many of them were in tune with nature and had their rituals, beliefs, and mythological creatures. To get a grasp of the original inhabitants of the United States, Canada, and Latin American nations, it is crucial to understand the roots of where it all came from and what was going on in people’s minds before the European settlers arrived.

Inuit mythology is intricate and complex, and the ideals behind some of their mythological beliefs were often intertwined with real-life events. This audiobook will examine how both myth and fact contributed to the culture and traditions of the Inuit people and how these influences and some stories continue to live on throughout the centuries.

This book is dedicated to exploring the gods and goddesses that the Incas on the American continent worshiped, and within the pages, you will find subtopics like:


- Historical background of the Inca empire before the colonists arrived
- The myths about creation, death, procreation, and more
- Strange gods and goddesses they worshipped - sometimes in brutal, macabre ways

This book is dedicated to exploring the gods and goddesses that the Aztec people on the pre-Columbian American continent worshiped, and within the pages you will find subtopics like:


- The origins and influences on Aztec beliefs, or in other words, where they got it all from
- The most important themes in Aztec mythology
- Gods and goddesses and their background stories from Aztec mythology

This title is due for release on September 7, 2019
We'll send you an email as soon as it is available!