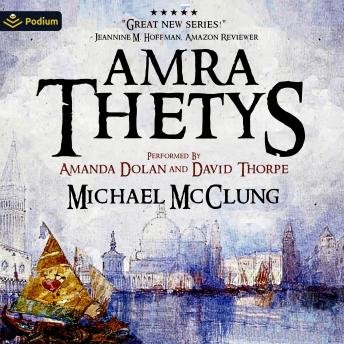 'Amra Thetys lives by two simple rules — take care of business, and never let it get personal. Thieves don't last long in Lucernis otherwise. But when a fellow rogue and good friend is butchered on the street in a deal gone wrong, she turns her back on burglary and goes after something more precious than treasure: Revenge.


Revenge, however, might be hard to come by. A nightmare assortment of enemies believe Amra is in possession of The Blade That Whispers Hate — the legendary, powerful artifact her friend was murdered for — and they'll do anything to take it from her. Trouble is, Amra hasn't got the least clue where the Blade might be.


In Amra Thetys Amra faces unsavoury enemies — such as an immortal assassin and a mad sorcerer — teams up with a mage with a distaste for magic, and embarks on a quest for the secret to immortality.