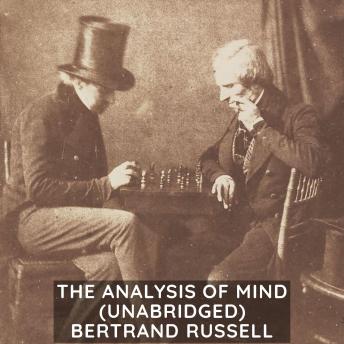 The Analysis of Mind (Unabridged)

Philosopher, mathematician and social critic, Bertrand Russell was awarded the Nobel Prize for Literature in 1950. In The Analysis of Mind, one of his most influential and exciting books, Russell presents an intriguing reconciliation of the materialism of psychology with the antimaterialism of physics.

This book established a new conception of the mind and provided one of the most original and interesting externalist accounts of knowledge. Drawing upon the writings of psychologists such as William James and John Watson, Russell offers a comprehensive treatment of such considerations as belief, desire, habit, memory, meaning, and causal law. His reasoning formed the foundation for many subsequent theories of mind, as well as a framework for his own later philosophical writings. It remains one of the most important works on the philosophy of the mind.