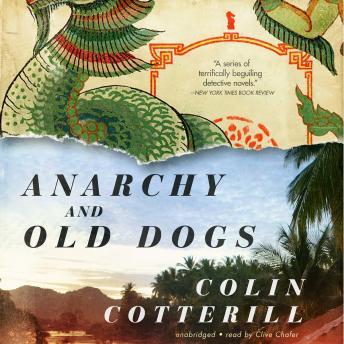 An elderly man has been run down by a logging truck on the street in Vientiane just opposite the post office. His body is delivered to the morgue of Dr. Siri Paiboun, the official and only coroner of Laos. At the age of seventy-three, Siri is too old to be in awe of the new communist bureaucrats for whom he now works. Before he can identify the corpse, he must decipher a letter in the man's pocket'it is written in invisible ink and in code. He was a blind retired dentist, his widow explains, and the enigmatic letters and numbers describe chess moves, but they are unlike any chess symbols Siri has previously encountered. With the help of his old friend, Civilai, now a senior member of the Laos politburo; Nurse Dtui; Phosy, a police officer; and Auntie Bpoo, a transvestite fortune-teller, Siri must solve the mystery of the note to the blind dentist and foil a plot to overthrow the government of Laos.

'A series of terrifically beguiling detective novels'Whimsical, more personal stories that feature Siri and an equally memorable set of supporting characters'A wry, seasoned, offhand style that has been the secret weapon of this unexpectedly blithe and charming series.''New York Times Book Review

This title is due for release on August 24, 2011
We'll send you an email as soon as it is available!