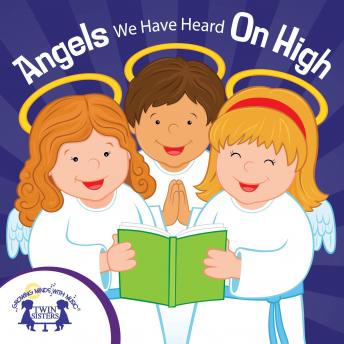 Angels We Have Heard on High

Classic Christmas carols are perfect for reflecting on the true meaning of the season.Discover how the angels proclaimed Jesus' birth to the frightened shepherds who were watching their sheep. "Angels we have heard on high sweetly singing o'er the plains, and the mountains in reply echoing their joyous strains. Gloria, in excelsis Deo! Gloria, in excelsis Deo!" The scripture verse from Luke 2:13-15 is presented in the book as well.Suddenly a great company of the heavenly host appeared with the angel, praising God and saying,"Glory to God in the highest heaven, and on earth peace to those on whom his favor rests."When the angels had left them and gone into heaven, the shepherds said to one another, "Let's go to Bethlehem and see this thing that has happened, which the Lord has told us about." Luke 2:13-15 NIV Holy Bible, New International Version®, NIV® Copyright ©1973, 1978, 1984, 2011 by Biblica, Inc.®Used by permission. All rights reserved worldwide. Other books in the Christmas Carol series include: We Three Kings, The First Noel, and Away In A Manger.

Angels We Have Heard on High