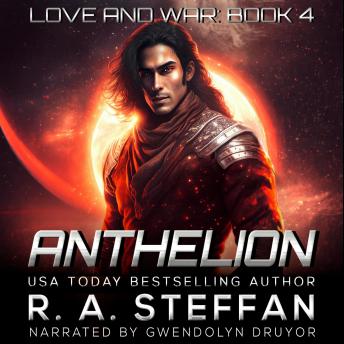 
After reports of a fatal hovercar accident outside the Capital—complete with a charred body and DNA identification—it seems at first that all is lost in the Shadow Wing’s quest to infiltrate the Premiere’s inner circle.


But one member of the vigilante group refuses to accept the evidence of his human comrade’s death. Draven knows Ash. He knows that devious mind, and more importantly, he knows the martyr complex that lies beneath it.


He should know. Draven is also a master at hiding. He’s done it for most of his life. Now, though, he’s done living in the shadows.


Can Draven track down a man who is so intent on not being found that he would stage his own death to prevent it? And if he does succeed in finding Ash, what then?


Especially when the object of that love is convinced he’s damaged goods.


Strap in tight, because all's fair in LOVE AND WAR.


Author’s note: Ash and Draven are gay. This is their story. If that’s an issue for you, please don’t purchase it. While this book is part of a series with an overarching plot, it may be read as a standalone with a satisfying conclusion for the two main characters. If you do not intend to continue the series, you may wish to avoid the epilogue.

This title is due for release on May 9, 2019
We'll send you an email as soon as it is available!