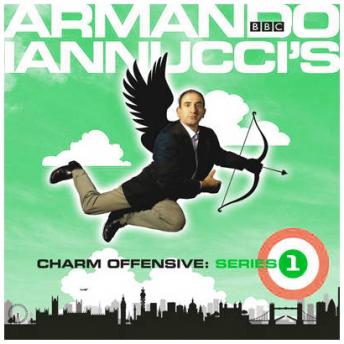 Creator of 'The Thick of It' and 'I’m Alan Partridge', Armando Iannucci hosts the complete first series of his Sony Award-winning radio show. Armando Iannucci and his guests pull apart the news with a heady mix of topical comedy, messed-about archive, chat and outrageous fibs, recorded in front of a live studio audience. The guests across the complete six episodes of Series 1 include David Mitchell, Jo Brand, Clive Anderson, Marcus Brigstocke, Alexei Sayle, Phill Jupitus, Dave Gorman ('Genius') and John Oliver ('The Daily Show'). The guests in this edition are Clive Anderson, Phill Jupitus and John Oliver. 'The best comedy on radio' - Independent.