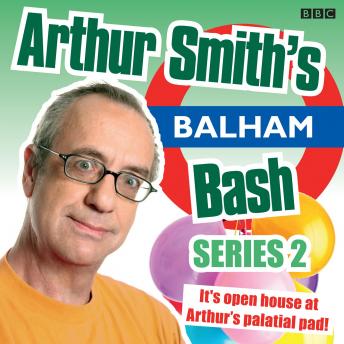 Series 2 of the sociable show in which Arthur Smith invites the audience into his Balham flat for comedy, music and entertainment.Arthur Smith loves to have a full house in his South London home. And his house guests are a talented bunch: there's jamming in the kitchen, laughter in the front room and poetry on the landing.Special guests include John Hegley, Barbara Nice, Andrew Lawrence, Miles Jupp, Tom Wrigglesworth, Doc Brown, Henry Paker, Richard Herring, Phill Jupitus, Josh Widdicombe and Marlon Davies.Among the musicians finding a performance space amid the debris that is Arthur’s life are Scouting for Girls, Paloma Faith, Gomez and Nine Below Zero.