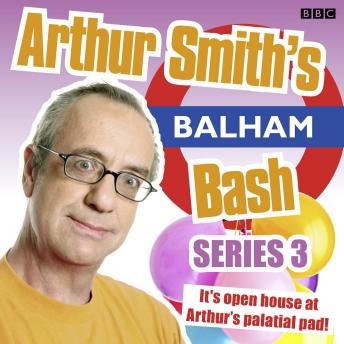 Series 3 of the sociable show in which Arthur Smith presents music and comedy from his home in South London. Arthur Smith loves to have a full house in his Balham flat. And his house guests are a talented bunch: there's jamming in the kitchen, laughter on the landing and poetry in the front room. Among the guests finding a performance space amid the debris that is Arthur's life are Katie Melua, Roisin Conaty, Alun Cochrane, Nick Helm, Jenny Eclair, Simon Evans, John Smallshaw, Alex Wilson and his salsa combo, Sean Lock, Annette Fagon, Squeeze, Billy Jenkins, Kevin Eldon, Imran Yusuf and Kate Fox. Series produced by Alison Vernon-Smith.