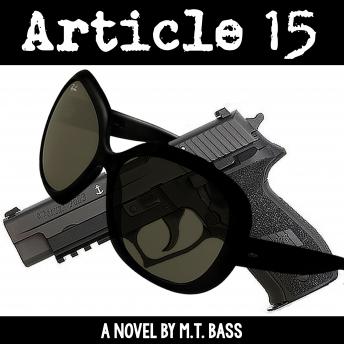 Article 15: Lawyers and Lovers and Guns…

“She was one in a million…and the day I met her I should have bought a lottery ticket instead.” ~Griffith Crowe

Griffith Crowe, the 'fixer' for a Chicago law firm, falls for his current assignment, Helena Nicholson, the beautiful heir of a Tech Sector venture capitalist who perished in a helicopter crash leaving her half a billion dollars, a Learjet 31, and unsavory suspicions about her father's death. As he investigates, the ex-Navy SEAL crosses swords with Helena’s step-brother, the Pentagon’s Highlands Forum, and an All-Star bad guy somebody has hired to stop him. When Griff finds himself on the wrong side of an arrest warrant he wonders: Is he a player or being played?


'…Bass is an author of thrillers with a God-given talent to shock readers when they least expect it.' —Frank Frisson - 5 of 5 Stars