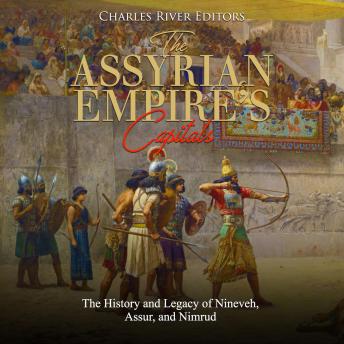 The Assyrian Empire's Capitals: The History and Legacy of Nineveh, Assur, and Nimrud

When scholars study the history of the ancient Near East, several wars that had extremely brutal consequences (at least by modern standards) often stand out. Forced removal of entire populations, sieges that decimated entire cities, and wanton destruction of property were all tactics used by the various peoples of the ancient Near East against each other, but the Assyrians were the first people to make war a science. When the Assyrians are mentioned, images of war and brutality are among the first that come to mind, despite the fact that their culture prospered for nearly 2,000 years.

Like a number of ancient individuals and empires in that region, the negative perception of ancient Assyrian culture was passed down through Biblical accounts, and regardless of the accuracy of the Bible's depiction of certain events, the Assyrians clearly played the role of adversary for the Israelites. Indeed, Assyria (Biblical Shinar) and the Assyrian people played an important role in many books of the Old Testament and are first mentioned in the book of Genesis: "And the beginning of his kingdom was Babel and Erech, and Akkad, and Calneh, in the land of Shinar. Out of that land went forth Ashur and built Nineveh and the city Rehoboth and Kallah."

A historical survey of ancient Assyrian culture reveals that although they were the supreme warriors of their time, they were also excellent merchants, diplomats, and highly literate people who recorded their history and religious rituals and ideology in great detail. Furthermore, the Assyrians prospered for so long that their culture is often broken down by historians into the "Old", "Middle", and "Neo" Assyrian periods, even though the Assyrians themselves viewed their history as a long succession of rulers from an archaic period until the collapse of the neo-Assyrian Empire in the 7th century BCE.

Assyrian Empire's Capitals: The History and Legacy of Nineveh, Assur, and Nimrud