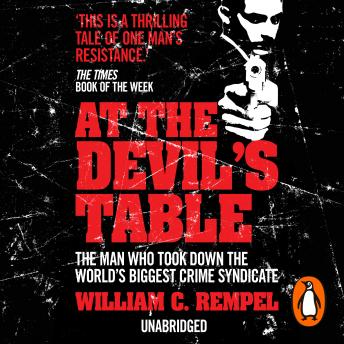 At The Devil's Table: The Man Who Took Down the World's Biggest Crime Syndicate

Jorge Salcedo was trapped. For years, he had climbed the ladder inside the Cali drug cartel, the world's most powerful crime syndicate, and risen to Head of Security. But he'd kept clean, avoided the dirty work, managed to sleep at night. Until now. He'd finally received the order he'd long dreaded, and it meant one thing: kill or be killed.

Salcedo was a family man, a man with a conscience, a father - he was no cold-blooded murderer. He was left with the last resort. It meant risking his life, his family's life, and the lives of everyone he cared for. He would have to take the whole syndicate down. It was the price to pay for salvation.

WOULD YOU RISK YOUR LIFE TO SAVE YOUR SOUL?