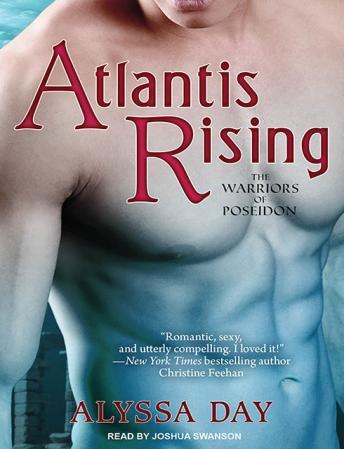 Eleven thousand years ago, before the seas swallowed the Atlanteans, Poseidon assigned a few chosen warriors to act as sentinels for humans in the new world. There was only rule-desiring them was forbidden. But rules were made to be broken...

Riley Dawson is more than a dedicated Virginia Beach social worker. She's blessed with a mind link that only Atlanteans have been able to access for thousands of years. Being an 'empath' may explain her wistful connection to the roiling waves of the ocean, the sanctuary it provides, and the sexual urges that seem to emanate from fathoms below...

Conlan, the High Prince of Atlantis, has surfaced on a mission to retrieve Poseidon's stolen trident. Yet something else has possessed Conlan: the intimate emotions-and desires-of a human. Irresistibly drawn to the uncanny beauty, Conlan soon shares more than his mind. But in the midst of a battle to reclaim Poseidon's power, how long can a forbidden love last between two different souls from two different worlds?