An Audience with Barry Cryer 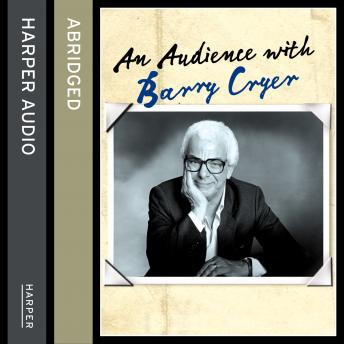 The first in what will become the quintessential list of the best of live British comedy, AN AUDIENCE WITH BARRY CRYER brings you up close and personal with one of bastions of British comedy in this live recording of his sellout comedy tour.


The AN AUDIENCE WITH… series will bring you a succession of live performances by some of Britain's best-loved comedians, opening with Barry Cryer, one of the stalwarts of Radio 4.


The quintessential grumpy old man, Barry Cryer's standup combines the quick wit of Radio 4 with the charm and class of the 'Great Men of Comedy'. He has been a regular panelist on I'm Sorry I Haven't a Clue and Just a Minute, the latter of which he also chaired. In 1998, Barry wrote his autobiography, You Won't Believe This But…, which has been broadcast on Radio 4.


With a CV that reads like the 'Who's Who of British Comedy Greats', Cryer's unique blend of old-school gentility and cutting edge intellect facilitates an audience-base that spans generations.