Auroville, A City for the Future 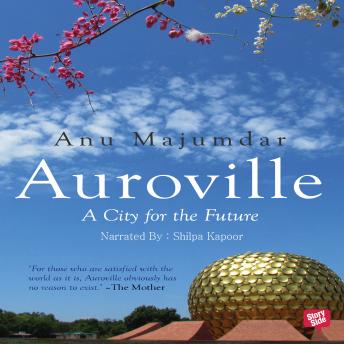 In March 1914, two people met in Puducherry: Sri Aurobindo, the Indian visionary and a leader of India's independence movement who had fled arrest by the British and sought refuge there, and Mirra Alfassa, who was the wife of a French politician, and who later came to be known as the Mother. This serendipitous meeting eventually led to the birth of Auroville, which was heralded as the City for the Future. For thousands of years, people have tried to develop better ways of living but, ironically, these have led to exploitation, divisions and turmoil. Auroville is an attempt to forge a new humanity, where people can focus on inner means and techniques to find an inner knowledge that empowers them to change the world without crushing it. Starting out in 1968 with a few thatched huts strewn across a barren plateau in south India, this future city began with just two things: a charter and a city plan to welcome people from around the world to create a life beyond national rivalries, social conventions, self-contradictory moralities and contending religions. Auroville was born to realize human unity through change of consciousness – a concept that still holds value in today's world. Told by someone who has lived the adventure for thirty-six years, this book explores how far the city has grown to resonate with its founding vision. Anu Majumdar examines the life of Auroville both as a resident and as an observer. ©HarperCollins India 2018

Auroville, A City for the Future

This title is due for release on September 24, 2018
We'll send you an email as soon as it is available!