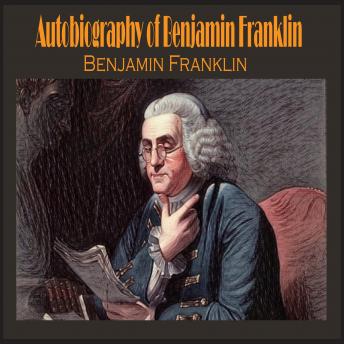 The Autobiography of Benjamin Franklin is the traditional name for the unfinished record of his own life written by Benjamin Franklin from 1771 to 1790; however, Franklin himself appears to have called the work his Memoirs. Although it had a tortuous publication history after Franklin's death, this work has become one of the most famous and influential examples of an autobiography ever written.
Franklin's extraordinary range of interests and accomplishments are brilliantly recorded in his Autobiography, considered one of the classics of the genre. Covering his life up to his prewar stay in London as representative of the Pennsylvania Assembly, this charming self-portrait recalls Franklin's boyhood, his determination to achieve high moral standards, his work as a printer, experiments with electricity, political career, experiences during the French and Indian War, and more. Related in an honest, open, unaffected style, this highly readable account offers a wonderfully intimate glimpse of the Founding Father sometimes called 'the wisest American.'