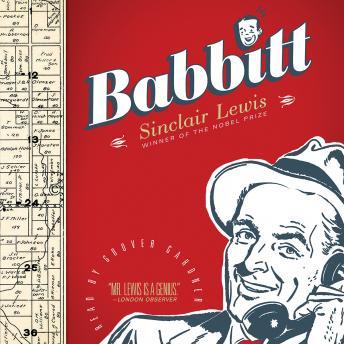 In this sardonic portrait of the up-and-coming middle class during the prosperous 1920s, On the surface, everything is all right with Babbitt’s world of the solid, successful businessman. But in reality, George F. Babbitt is a lonely, middle-aged man. He doesn’t understand his family, has an unsuccessful attempt at an affair, and is almost financially ruined when he dares to voice sympathy for some striking workers. Babbitt finds that his only safety lies deep in the fold of those who play it safe. He is a man who has added a new word to our language: a “Babbitt,” meaning someone who conforms unthinkingly, a sheep.