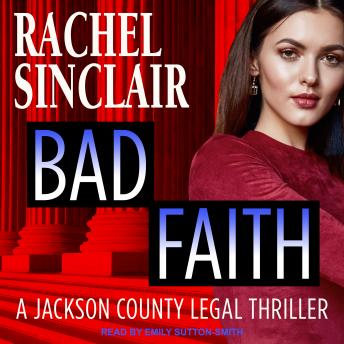 A transgendered youth accused of a brutal murder . . .

An attorney on the brink of self-destruction . . .

Attorney Harper Ross is at the end of her rope. Her former client, John Robinson, who she walked on a technicality, went on to kill again. John's second victim was a young, vibrant mother of two. After suffering with the devastating guilt about the evil that she unleashed back onto the street, Harper retreats to her old haunt, a bar called Charlie Hooper's, as she confronts her old demons.

Before she has a chance to completely drown her sorrows, Harper is called to defend Heather Morrison, a transgendered youth who is accused of killing her mother in cold blood. Heather insists that it was self-defense; Harper has her doubts.

As Harper gets further into investigation of the case, she discovers an evil beyond anything that she knew was possible. Her investigation of a church leads her to a Reverend who preaches hatred from the pulpit and possibly more.

Harper gets closer to the truth, yet further away from proving anything in a court of law. Her case seems to be sinking, and nothing can possibly save it.