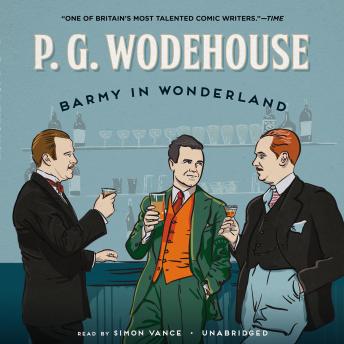 One of P. G. Wodehouse's most enticing later works, Barmy in Wonderland is a gem of a novel from the master of social satire and comedy.

Cyril Fotheringay-Phipps, known to his friends as Barmy, has made a poor decision. He has invested ten thousand dollars in a stage production that seems doomed from the start in order to be near the woman of his dreams-Miss Dinty Moore. Will he find true love, or merely lose a fortune?

Featuring a cast of sharply drawn characters, from haughty film stars and monstrous producers to detestable critics and total divas, Barmy in Wonderland is a brilliant satire on life behind the curtains.