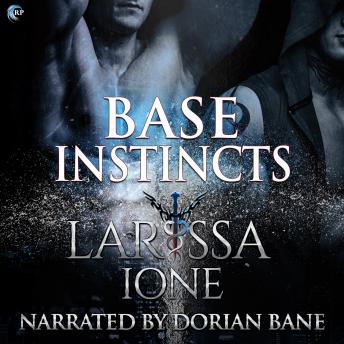 As a Seminus demon, Raze's life literally depends on having sex with females. The problem is that he doesn't desire females, and it's physically impossible for him to be with males. Thankfully, he and his best friend, Fayle, have an arrangement that keeps him alive . . . if lonely. He finds some solace in his work as a medic at Thirst, a vampire club known for its rough clientele. But his carefully structured world turns upside down when he meets a mysterious male who makes him want what he can never have.Slake is an assassin used to getting what he wants, and what he wants is Raze. But he also wants to earn back the soul he sold when he was a much different demon. All he has to do is capture a runaway succubus named Fayle and hand her over to her family. What he doesn't count on is being caught himself by a web of lies-and his attraction to Raze.Raze and Slake must navigate a dangerous world to be together. But as Fayle's jealousy of their relationship turns deadly, they find themselves embroiled in a battle not only for their love, but their lives and souls.