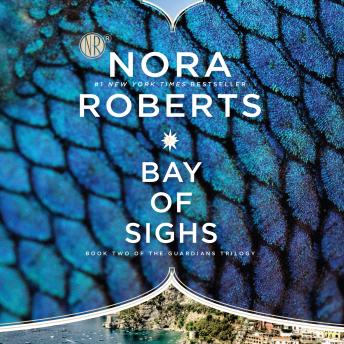 THE #1 NEW YORK TIMES BESTSELLER
The second novel in the Guardians Trilogy from the bestselling author of Stars of Fortune.
Mermaid Annika is from the sea, and it is there she must return after her quest to find the stars. New to this world, her purity and beauty are nothing less than breathtaking, along with her graceful athleticism, as her five new friends discovered when they retrieved the fire star.
Now, through space and time, traveler Sawyer King has brought the guardians to the island of Capri, where the water star is hidden. And as he watches Annika in her element, he finds himself drawn to her joyful spirit. But Sawyer knows that if he allows her into his heart, no compass could ever guide him back to solid ground...
And in the darkness, their enemy broods. She lost one star to the guardians, but there is still time for blood to be spilled—the mermaid’s in the water and the traveler’s on the land. For she has forged a dangerous new weapon. Something deadly and unpredictable. Something human.
Don't miss the other books in the Guardians Trilogy
Stars of Fortune
Island of Glass