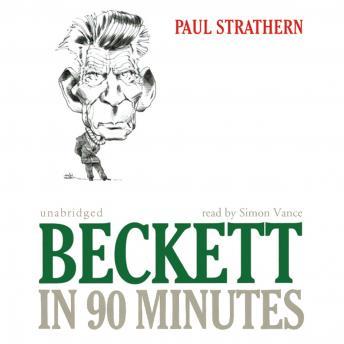 Samuel Beckett's work evokes passionate responses: readers and playgoers either revere it or consider it a load of pretentious nonsense. But his philosophy of pessimism will always find a new generation of young readers, for it bursts the rainbow soap bubbles of illusion, leaving us blinking with stinging eyes at unremitting reality. Beckett's defeatism was no soft choice: he had iron in his soul and the wry humor of those who withstand all misfortune, who never admit final defeat.

Beckett in 90 Minutes offers a concise, expert account of Beckett's life and ideas and explains their influence on literature and on man's struggle to understand his place in the world. The book also includes a list of Beckett's chief works, a chronology of his life and times, and recommended reading for those who wish to delve deeper.