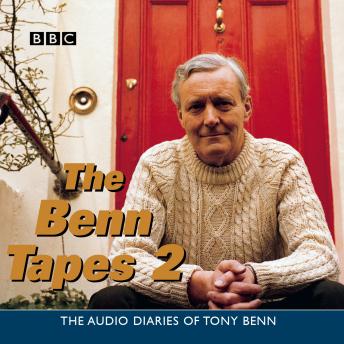 This is the second volume of behind-the-scenes revelations from Tony Benn’s highly acclaimed BBC Radio 4 series. 'The Observer' called it ‘Irresistible fly-on-the-wall history as it actually happens.’ Late each night for over twenty-five years the Labour MP and former Secretary of State Tony Benn sat alone and dictated onto tape his account of the daily events at the heart of government. Here, in the second highly acclaimed Radio 4 series, he reveals what he discovered from his scrutiny of the nuclear industry and why he now believes nuclear power is unsafe. He recalls what really happened during Cabinet reshuffles by Harold Wilson and Jim Callaghan and he traces the split in the party following its 1979 defeat, the emergence of the Social Democratic Party and his challenge to the deputy leader, Denis Healy.