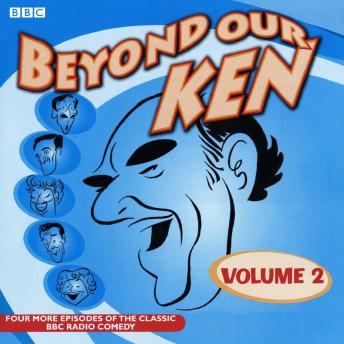 Beyond Our Ken The Collector's Edition: Series 2

Kenneth Horne is joined by Kenneth Williams, Hugh Paddick, Betty Marsden, Bill Pertwee and Pat Lancaster in the second series of the classic weekly show, which lit up the airwaves between 1958 and 1964. The forerunner to Round the Horne, Beyond Our Ken is a madcap mix of sketches and music. Seven series were broadcast between 1958 and 1962, written principally by Eric Merriman - Barry Took joined him as co-writer for the first two series. With musical entertainment from Pat Lancaster and The Malcolm Mitchell Trio, join genial host Kenneth Horne and his ensemble in this fantastic funny show.

Beyond Our Ken The Collector's Edition: Series 2