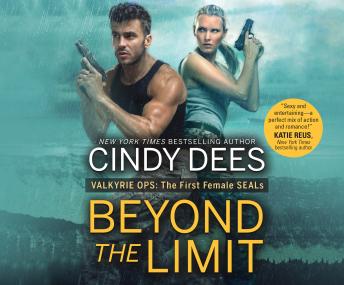 Navy SEAL Griffin Caldwell is not happy with his team's top-secret mission, training the first female SEALs. Griffin's determined to prove that his trainee Sherri Tate?a former beauty queen?doesn't have what it takes to join the world's most elite warrior's club. But then he sees what she's capable of, and even this hard-nosed SEAL has to admit she's tough as nails. What he won't admit to is the attraction sizzling between them. Navy media officer Sherri Tate is more than just a pretty face. When she's given the opportunity to achieve her dream of becoming a SEAL, she won't let anything stand in her way, not even her arrogant trainer, who is too sexy for words. When a dangerous mission lands Sherri and Griffin in the crosshairs of the world's most feared terrorist, it's going to take everything they have to come out with their lives?and hearts?intact.