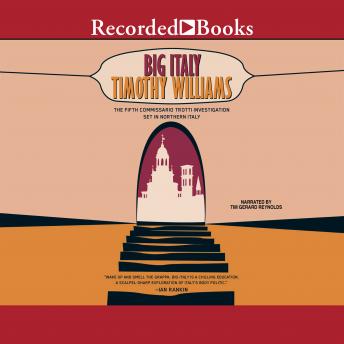 Northern Italy, 1993: After what seems like several lifetimes as a policeman in the Questura, Commissario Trotti is ready for retirement. Soon, he'll be able to fulfill his dream of moving to the countryside villa he co-owns with his cousin, where his daily business will be tending to goats and chickens. But despite Trotti's stubbornly old-fashioned investigative methods and his disregard for social niceties, there are several people trying to talk him out of retirement. Trotti's boss offers him a golden opportunity as head of the Questura's new child abuse division. Meanwhile, Fabrizio Bassi, a reckless, womanizing private detective who worked under Trotti years ago before being kicked off the force, approaches him for help. Bassi has been investigating the death of a murdered doctor, and he has a conspiracy theory that extends to the highest reaches of government. Trotti declines, annoyed by the request. But when Bassi is found in a ditch with a bullet in his head, Trotti decides to take on one last murder case after all.