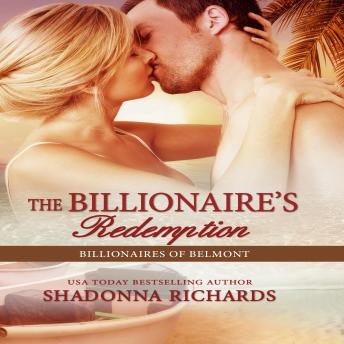 The pressure is on for the last of the Belmont brothers to marry or settle down before his father passes away and in order to keep his inheritance in the Belmont Hotel Empire. Gorgeous hotel heir and social recluse Leonardo Belmont doesn't know if he'll be able to fulfill his father's dying wish. He's already been hurt in love and plagued with guilt over his late wife's mysterious death. He's got way too much baggage to get close to another woman. That is until he meets a lovely damsel in distress, a hot blond with a sweet hint of a Jamaican accent, on the beach.
A relationship is the last thing on missing pet response volunteer Honesty Moore's mind. Her ex-fiancé called off their wedding and decided to elope with her maid of honor instead-her best friend. But she won't let that bring her down. As they say in Jamaica, worrying doesn't solve problems. Needless to say, her heart has a wall around it to protect her. And she's focusing on a new life when she moves back to Belmont taking care of her late grandmother's old cottage on the lake. But when she bumps into her neighbor, too-sexy-for-his-own-good Leonardo Belmont, on the beach, he derails her plans into a sea of forbidden territory. Will he melt the protective wall she built around her heart?
Can two broken hearts find true love together?
5-Star Reader Reviews
"Wow! I loved this book!"
"Fantastic book!"
"I couldn't put this book down until I finished it."
"Absolutely great book, I have read it again."
"This story had a lot of suspense and quite a few surprises. And I was so thrilled to finally learn the Belmont/Jackson Family Secret!"
"Shadonna Richards is an excellent novelist and I enjoy all her stories"