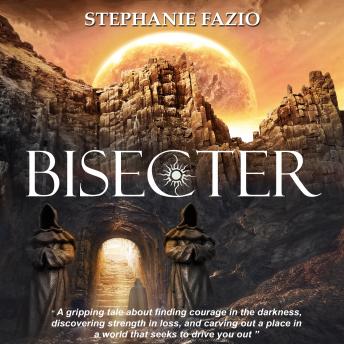 The strongest of them all. Eyes blacker than the darkness they all fantasize about, but have never seen. An abomination.

Hemera Harkibel has spent her life concealing abilities she doesn't fully understand. She is hated and feared because of her black eyes and inhuman strength-mutations she bears from a near-death encounter with the grotesque creatures known as Halves.

When her people's underground cave system is attacked, Hemera is thrust above ground into a dangerous world where the sun's rays can kill in seconds and enemies are tracking her every move.

The farther she travels, the more she discovers about her powers. Hemera comes to learn that her very existence is a threat in the war brewing between humans and Halves.

Should she disappear into the shadows to protect the people she cares about most, or embrace the strength she has spent a lifetime suppressing? Her choices will threaten the survival of the world as she knows it.

This action-filled novel is perfect for fans of Red Queen, Throne of Glass, and The Mortal Instruments. If you love fantasy, don't miss this story about wonder and adventure, love and sacrifice, heroes and monsters, and the blurred spaces in between.