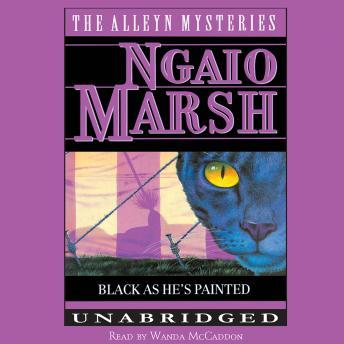 When the president of Ng'ombwana proposes to dispense with the usual security arrangements on an official visit to London, his old school mate, Chief Superintendent Alleyn, is called in to try to persuade him otherwise.
Alleyn performs his mission so successfully that on the night of the Ng'ombwanan embassy's reception, the house and grounds are stiff with police. However, an assassin does strike, and Alleyn discovers a wealth of suspects in a coterie of ex-colonials residing in the very shadow of the embassy. Fortunately, he has no shortage of help either, from Special Branch to a tribal court-and a small black cat named Lucy Lockett who out-detects them all.