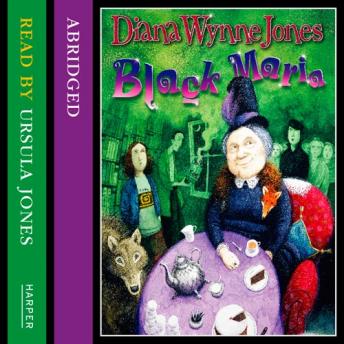 On the surface, Aunt Maria seems like a cuddly old lady, all chit-chat and lace doilies and unadulterated NICEness!

When Mig and her family go for a short visit, they soon learn that Aunt Maria rules the place with a rod of sweetness that's tougher than iron and deadlier than poison. Life revolves around tea parties, while the men are all grey-suited zombies who fade into the background, and the other children seem like clones.

The short visit becomes a long stay, and when all talk of going home ceases, Mig despairs! Things go from bad to worse when Mig's brother Chris tries to rebel, but is changed into a wolf .

Mig is convinced that Aunt Maria must be a witch - but who will believe her? It's up to Mig to figure out what's going on. Maybe the ghost who haunts the downstairs bedroom holds the key?