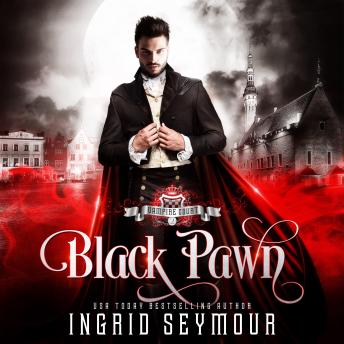 Nyro lives in Acedrex, a city ruled by two vampires: the White Queen and the Black King.
No one can leave or enter Acedrex and, for the majority of people, that is fine. It's a safe place, far better than the outside world.
Unless you're a Trove.
The curse runs in Nyro's family. His father was a Trove and his willful 8-year-old brother, Timotei, is one too. Their blood can make a vampire powerful enough to walk in sunlight.
Nyro works hard to keep him safe. He promised his now-dead parents he wouldn't let the vampires find him. But when Timotei is captured by a member of the Black Court, Nyro joins the King's ranks in hopes of protecting his brother from within. There, he finds himself in a world of intrigue and machinations that promises to steal more than his family.
The King wants Nyro to be his Pawn and tries to take the last thing Nyro thought he might lose.
His soul.