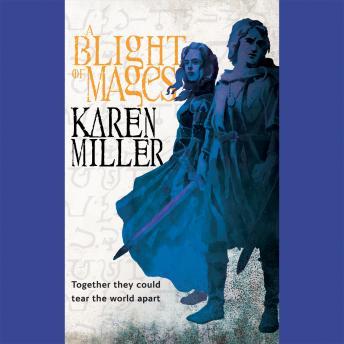 Hundreds of years before the great Mage War, a land lies, unknowing, on the edge of catastrophe...Barl is young and impulsive, but she has a power within that calls to her. In her city, however, only those of noble blood and with the right connections learn the ways of the arcane. Barl is desperate to learn-but her eagerness to use her power leads her astray and she is banned from ever learning the mystic arts. Morgan holds the key to her education. A member of the Council of Mages, he lives to maintain the status quo, preserve the mage bloodlines, and pursue his scholarly experiments. But Barl's power intrigues him-in spite of her low status. Together, he realizes they can create extraordinary new incantations. Morgan's ambition and Barl's power make a potent combination. What she does not see is the darkness in him that won't be denied. A Blight of Mages is the new novel set in the world of Karen Miller's bestselling debut The Innocent Mage.