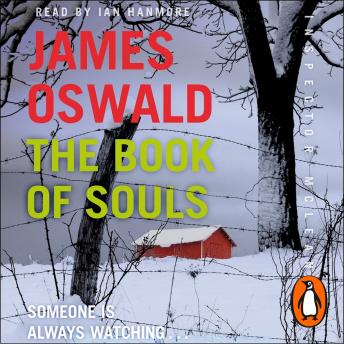 The Book of Souls: Inspector McLean 2

The Book of Souls is James Oswald's second electrifying thriller in the Detective Inspector McLean series.

The final victim, Kirsty Summers, was Detective Constable Tony McLean's fiancée. But the Christmas Killer made a mistake. In a cellar under a shop, McLean found a torture chamber and put an end to the brutal killing spree.

Twelve years later, and a fellow prisoner has just murdered the incarcerated Christmas Killer. But with the arrival of the festive season comes a body. A young woman: naked, washed, her throat cut.

Is this a copycat killer?

Was the wrong man behind bars all this time?

Or is there a more sinister, frightening explanation?

McLean must revisit the most disturbing case of his life and discover what he missed before the killer strikes again . . .

The Book of Souls is the second in the Detective Inspector Mclean series. The first was Natural Causes and the upcoming third will be called The Hangman's Song. Fans of Ian Rankin, Peter James and Stuart McBride will love James Oswald's work.

'Literary sensation...James' overnight success has drawn comparisons with the meteoric rise of EL James and her Fifty Shades of Grey series' Daily Mail

'Fifty Shades of Hay' The Times

'The hallmarks of Val McDermid or Ian Rankin: it's dark, violent, noirish' The Herald

'A good read' The Times