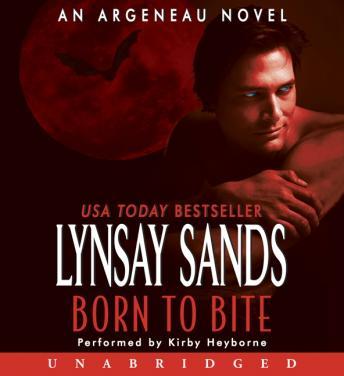 Born to Bite: An Argeneau Novel

Legend has it that Armand Argeneau is a killer in the bedroom . . .

But with all three of his late wives meeting unfortunate and untimely ends, is this sexy immortal a lover or a murderer? That's what Eshe d'Aureus intends to find out. As an enforcer, it's her job to bring rogue vampires to justice, even if the rogue in question makes her blood race red hot.

Armand knew she was trouble the moment Eshe roared into town on her motorcycle, clad in tight black leather. She claims she's hiding from dangerous fiends, though he suspects something more. But after three wives who've all had trouble remaining, well, undead, Armand is reluctant to open his heart again. Then strange accidents start to happen, each deadlier than the last, and Armand realizes he may not have much time to prove he's a lover, not a slayer.

Born to Bite: An Argeneau Novel